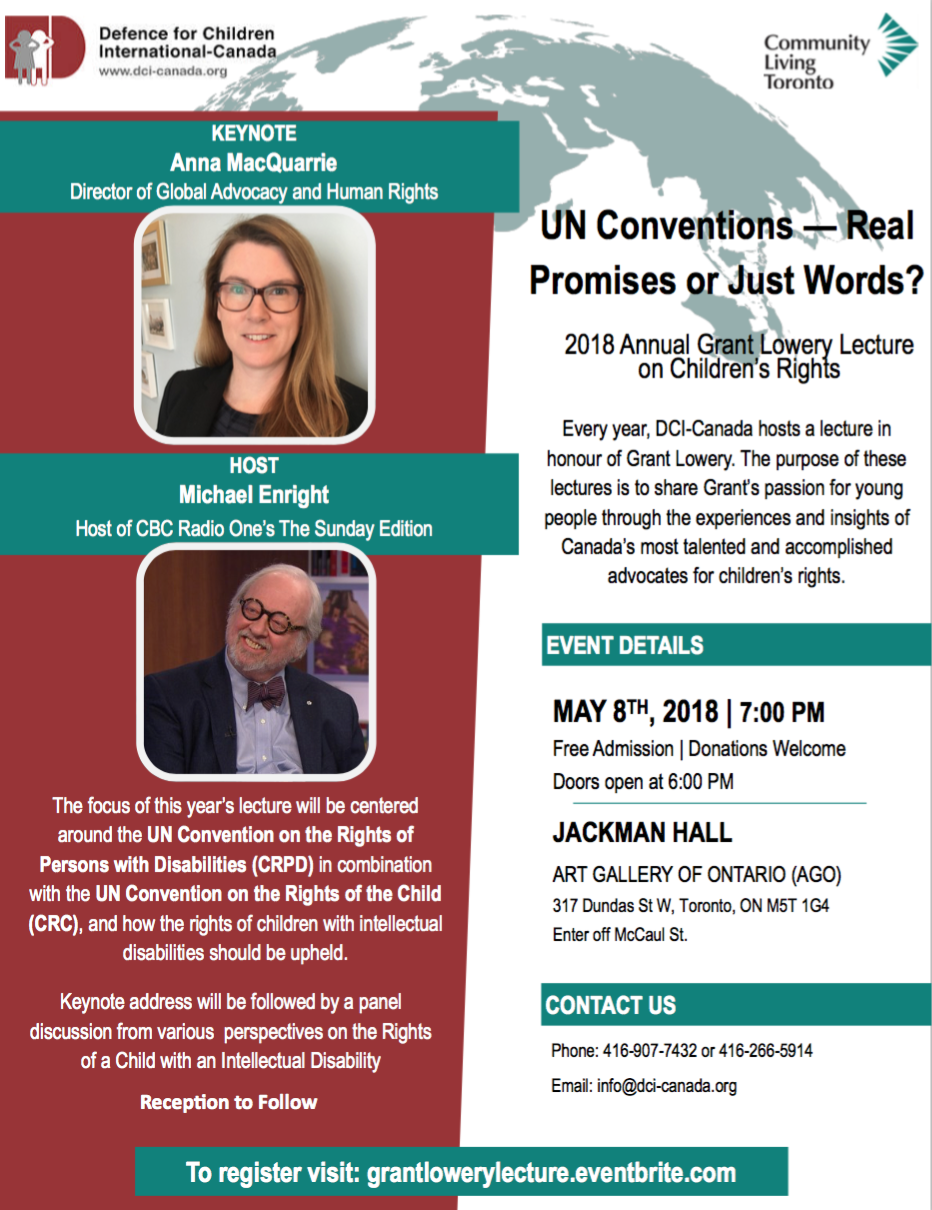 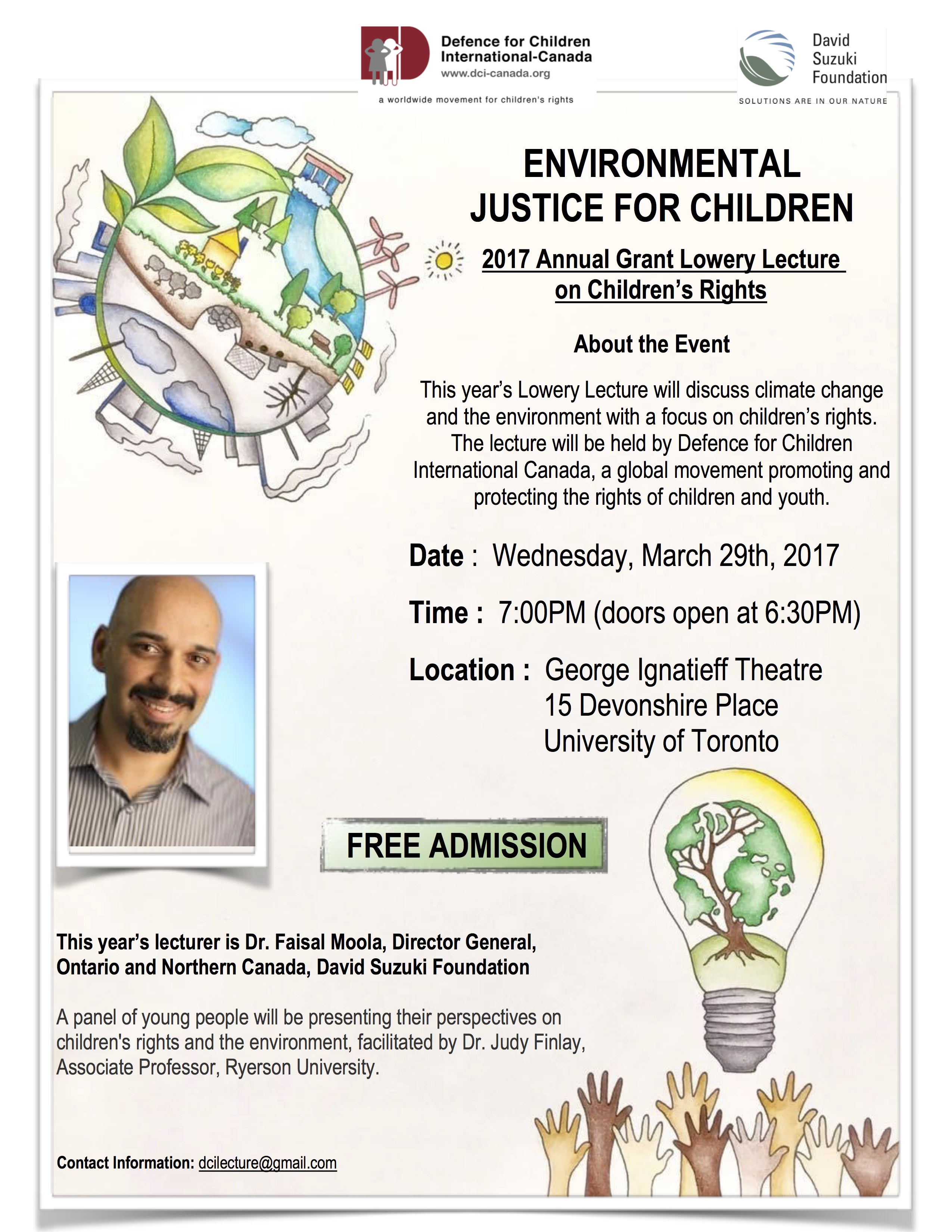 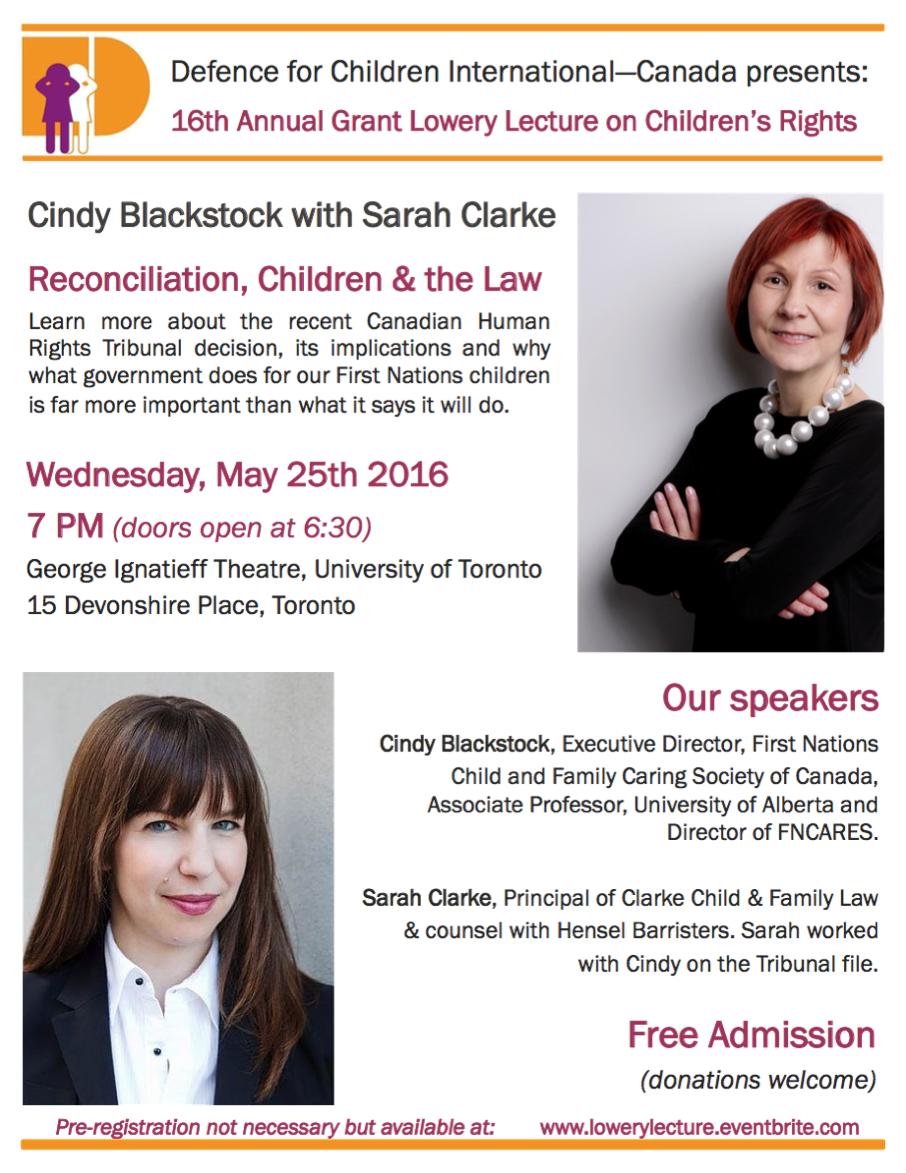 Today the Board of Directors of Defence for Children International-Canada (DCI-Canada) passed the following resolution in support of Aboriginal children’s rights in regard to child protection,  and in support of the First Nations Child & Family Caring Society of Canada’s complaint to the Canadian Human Rights Commission. RESOLVED: 1. We express our profound concern about […]

IS THIS OUR CANADA? 10th ANNUAL LOWERY LECTURE ON CHILDREN’S RIGHTS Cindy Blackstock will focus on the rights of Aboriginal children in Canada when she delivers this year’s Lowery Lecture on Children’s Rights on Monday, June 8, 2009, in Toronto. Ms. Blackstock, the executive director of the First Nations Child and Family Caring Society of Canada, is […]

On March 2, 2009, Defence for Children International-Canada (DCI-Canada) held a dinner to celebrate the tenth anniversary of the Girl Child Network (GCN), a grassroots organization established to promote the human rights of girls in Zimbabwe. The dinner, hosted by DCI-Canada president Agnes Samler, was attended by DCI-Canada board members and two special guests: Betty […]

Presentation by Les Horne on the Conv...

Presentation to the 11th annual Health and Human Rights Conference, University of Toronto, January 17, 2009 The Universal Declaration of Human Rights was adopted in 1948. It is the foundation of all modern international human rights law.  It enshrined a set of basic concepts and stated emphatically that “motherhood and childhood are entitled to special […]

. . December 10, 2008 Hon. Lawrence Cannon Minister of Foreign Affairs House of Commons Ottawa, Ontario  K1A 0A6 Dear Minister, We are writing on behalf of the children of Zimbabwe who are screaming for help. As you know, Zimbabwe’s economy is in crisis, there are extreme food shortages and the recent outbreak of cholera […]